The third party cookie is crumbling. Why Google did it, and what that means

Cookies built the $333.25 billion in digital advertising spending, and now Google is phasing them out. While that might be rough news for adtech companies, it’s potentially great for app developers…

The best minds of my generation are thinking about how to make people click ads.

He was probably sighing while he said it. But he had a point. Advertising funds the online economy. In 2019, worldwide digital ad spending will, according to eMarketer, hit $333.25 billion.

This vast industry could never have got started without one modest innovation: the cookie.

While Cookies first emerged in 1994, it has since become possible for a cookie to share information with other sites. Suddenly any old web page could show you relevant ads, as long as they connected to adtech services that could crunch the data and deliver ads in real-time. It was the birth of programmatic advertising, which now dominates the web.

Well, guess what? Google has now announced the end of the cookie era. It plans to phase out support for third-party cookies “within two years.”

Ending cookies is stunning news. Why? Because Google is the largest digital ad seller in the world, with a 31.1 percent market share. That’s $103.73 billion. What’s more, Google’s browser Chrome has more than 60 percent share.

But why has Google done this?
The simple answer is privacy. People are far more aware of privacy intrusion than they once were. Google’s browser rivals know this. And since companies like Apple, Mozilla, Microsoft are less dependent on ads than Google, they can more easily afford to take action.

Take Apple. In 2017, it tweaked Safari to limit the ability of adtech companies to track people with cookies. Mozilla had already done something similar with Firefox. Google has been coming under pressure to fall into line.

The big news landed on January 14. In a blog, Justin Schuh, Google’s director of Chrome engineering, confirmed the decision to phase out cookies.

Here’s the crucial bit: Google says it does not want to abandon the vast army of digital ad providers. Instead, it wants to work with them to develop a system that can deliver relevant personal ads without privacy issues. Schuh wrote:

Blocking cookies without another way to deliver relevant ads significantly reduces publishers’ primary means of funding, which jeopardizes the future of the vibrant web.

What is this ‘other way’?

Well, it won’t be fingerprinting, which is a method used by many companies currently to get around the Apple/Mozilla cookie ban. Fingerprinting logs tiny bits of information about a web page visitor (what type of device they use, etc.) to build a picture of that person. This information can be shared with other sites and parties. Google believes fingerprinting is more insidious than cookie usage. After all, a user can at least clear their cookies. She has no control over third-party fingerprints.

Blunt approaches to cookies encourage the use of opaque techniques such as fingerprinting, which can actually reduce user privacy and control. We believe that we as a community can, and must, do better.

Obviously, Google is always working hard on new ideas, such as project Privacy Sandbox. Most of the new approaches center on aggregating and anonymizing information, and storing more of it locally. Aside from this, Federated Learning, a form of AI, is frequently mentioned. The method allows advertisers to target cohorts of similar people without identifying individuals.

Predictably, some commentators believe the cookie ban favors Google. Why? Because banning third party cookies will increase the importance of first-party data. And who has the most of that? Google.

Millions of people use Gmail, Maps, YouTube, and more, every day. Google doesn’t need cookies to work out who they are. Their users register and sign in.

The decline of the cookie should also help you, the app developer.

By every measure, the digital world is migrating to mobile. In our last blog, we reported that, in 2019, the average person spent 3.7 hours a day looking at their phone. Most of that dwell time will be in apps, not the mobile web. Advertisers know this, which is why reports suggest that the in-app advertising market hit $82bn in 2017, and projects to reach $258bn by 2025.

App developers are in a strong position. The cookie problem doesn’t affect native apps, and app developers have access to all manner of first-party data. This data is even more valuable than that collected on the desktop since it includes location and other uniquely mobile components. 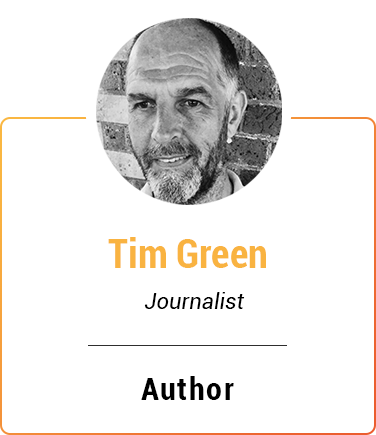 Time will reveal the real impact of Google’s cookie re-think. Meanwhile, the app space – and in-app advertising – marches on.

Convinced the Caller SDK is a fit for your app? Read how to sign up and get started.August 26, 2020